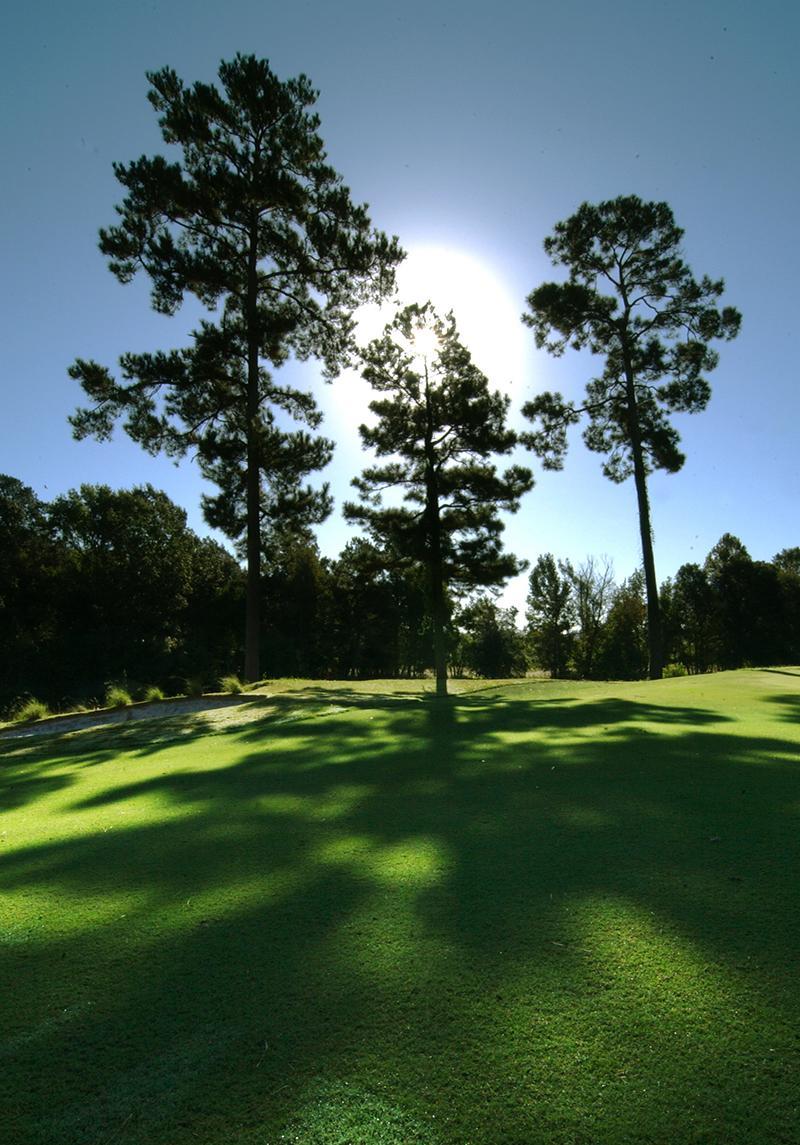 Set along the shores of Lake Livingston, Whispering Pines Golf Club rests on 450-acres of beautiful pine and hardwood forest.  The property was acquired by Barbara and Corby Robertson Jr. in 1970 for neighboring Camp Olympia, a renowned summer camp.  Mr. Robertson staked out the golf course routing in 1992.  Timber was cleared, seed was sown, and soon afterward, "Olf" (golf without the greens) was being played by Camp Olympia's Junior Golf Program.  By the mid-nineties, Camp Olympia Golf Course, as it was known then, was partially complete and featured the first Flora Dwarf greens in Texas.

Chet Williams of the Nicklaus Design Group was hired to design the best course in Texas. Twenty months later, in March 2000, Whispering Pines Golf Club opened its doors, and as golfers found their way, rave reviews ensued.  Whispering Pines debuted as the 3rd Best New Private Course in the nation by Golf Digest. Since 2006 Whispering Pines has held the #1 course in Texas ranking by the Dallas Morning News. Whispering Pines has also been recognized as the #11 overall Greatest Golf Retreat in America by Golf Digest and in 2009 became ranked as one of the Top 100 Best Courses America by Golf Magazine. Golfweek Magazine ranked Whispering Pines as the #45 Modern Course in America in 2010 and in 10 years, moved to #21 in 2020. In 2020, Williams was called on to revamp the course so it continues to provide the best possible experiences for guests and great players who compete in events. The course was entirely re-grassed with Zeon Zoysia in the fairways and rough and TifEagle Bermuda on the greens. All of the greens were completely rebuilt, including several that were totally redesigned, and all tee boxes were leveled with several new tees added. The course’s bunkers were also rebuilt with some eliminated and others added.

Below is a list of 2020 construction highlights:
· All greens were totally rebuilt with minor design adjustments.
· All tees were re-leveled and some additional tees were added.
· An extensive amount of new drainage was added to help the course play firmer and will allow players to get back onto the course quicker after rain events.
· A new irrigation system was installed.
· All bunkers were rebuilt including new drainage, liners, and sand. Some bunkers were eliminated, some were moved and some were added.
· Continuous cart paths were added throughout the course.· The course was entirely re-grassed. The fairways and roughs were grassed with Zeon Zoysia grass and the greens were outfitted with TifEagle Bermuda grass.